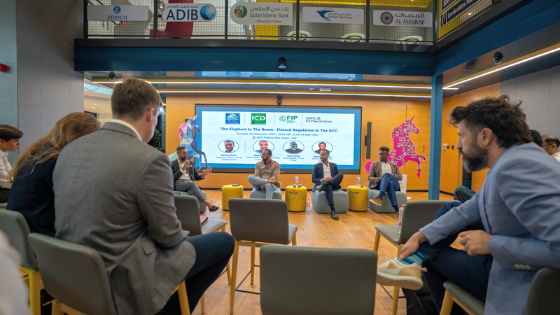 The Elephant in the Room: FinTech Regulation in the GCC

In 2009, Netflix publicly published what has since been known as the ‘Netflix culture deck’. This 127- page slide deck went viral almost overnight in the entrepreneurship ecosystem. Start-up founders and corporate leaders alike scoured over every word in an attempt to uncover and replicate Netflix’s secret sauce. While many approached this document as prescriptive, and attempted to follow it verbatim, this deck was one of the earliest examples of a framework for governance for fast growth start-ups. Putting in the hard work early on laid the foundations for the growth and success that was to come.

Pearl Initiative recently held a convening on regulations for fintech start-ups in the GCC, in collaboration with ICD and DIFC Fintech Hive, with an esteemed panel which included Baghdad Gherras – Chief Data and Product Officer, Al Hail Holding, Kayode Odelye – Co-Founder & CEO, Caena, Fauzi Fellal – Co-Founder and COO, Floos, with Dishang Patel – Founding Partner and COO, Leading Point Financial Markets moderating the discussion. The panellists debated over the extent to which regulations aided or hindered innovation and growth within the context of fintech start-ups in the UAE. While they differed on their opinions on regulation, there was a consensus on the importance of governance, so far as claiming that your governance can be your “hack” to growth in the GCC. Several members of the audience were not convinced. We heard from several founders who appreciated the need for governance but felt that it was at the expense of product and growth, which was their main priority. This sparked an active debate between the panellists and the audience as to the actual importance of governance in the start-up’s journey. This is a sentiment that is as common in the start-up world as the much touted 1 in 10 success rate. Therein lies the paradox. The pressure and obsession with speed, which in many cases leads to a concurrent velocity at which it all it comes crashing down. Rather than unpacking all aspects of this dilemma, lets zoom in on the perceived issue of growth vs governance, and why our panellists hit the nail on its head: good governance fuels growth.

In his recent substack newsletter, former VC, Rayan Dawud, highlighted some of the key issues surrounding the obsession over valuation and the dangers of jumping on the hype bandwagon. Indeed, in this region, we have already witnessed several such instances in which a pursuit of growth (insert vanity metric of choice) over all else has resulted in calamity. Governance alone cannot mitigate the risk of failure. But what it can do, is give the founder a stronger hand in ensuring they have all the tools necessary to face the challenges that inevitably comes every founder’s way. Founders should almost always wear failure as a badge, so long as they strongly acknowledge and learn from those failures. But too often do we fail to expose, or perhaps even talk about the systemic issues that exist within the start-up journey.

If we think of culture as the beginning of the governance journey for start-ups, dissecting the core elements of the ‘Netflix culture deck’ provides an insight into the ‘how’ and ‘why’ of actively developing and documenting the key values and principles of the company. To Netflix, this is “The actual company values, as opposed to the nice-sounding values, are shown by who gets rewarded, promoted, or let go”. This is a simple principle, but a difficult one to articulate. It is even more challenging when put into practice. These values are very quickly put to the test when the need to hire is influenced by a need to grow, and the founder’s mettle is tested. Whether the founder should stick to their guns and hire based on culture, or whether they hire a bad culture fit in order to grow fast, . it is by no means an easy task. It is easy to preach good governance when not in a position to do what is necessary to keep the lights on. However, the benefits of doing what is right, though painful, for the long term, far exceed the relief of doing the ‘easy’ thing in the short term.
In a way, a lot of what the start-up journey entails can be foreign to those who have never experienced it. It is a hard, testing, tiring, emotional slog. Between the pressure of fundraising, to the challenges of building a product, a team, and a company simultaneously; the harsh reality is that the founder’s job is unenviable and far from glamorous. This is probably why the audience at our convening were so passionate in their belief that building the product must always come first, with governance not even significant enough to be even a mere afterthought. The founder’s focus, as we heard from the audience is always the problem that is in front of them. But if we want to bridge the gap between success and ‘failure’, and if we want to get to a place where founders aren’t constantly chasing their tails and firefighting, then we all need acknowledge that there are both real life consequences to the actions of start-ups to the ecosystem and to the real-life humans that interact with everything it is that they do.

In the case of fintech start-ups, the need for governance is even more compelling given the potential impact on public markets and on people’s livelihood and their life savings. Fintech founders in particular, need to pay close attention to their fiduciary duty, because in the real world, there is no longer a debate on this, good governance is non-negotiable.

For more information on our 3rd of November 2022 session ‘The Elephant in the Room: Fintech Regulation in the GCC’, please visit our website and download our event report by clicking here.

To learn more about our Governance in Tech programme, please get in touch with the Programme Manager, Mohamed Al Moosa malmoosa@pearlinitiative.org.