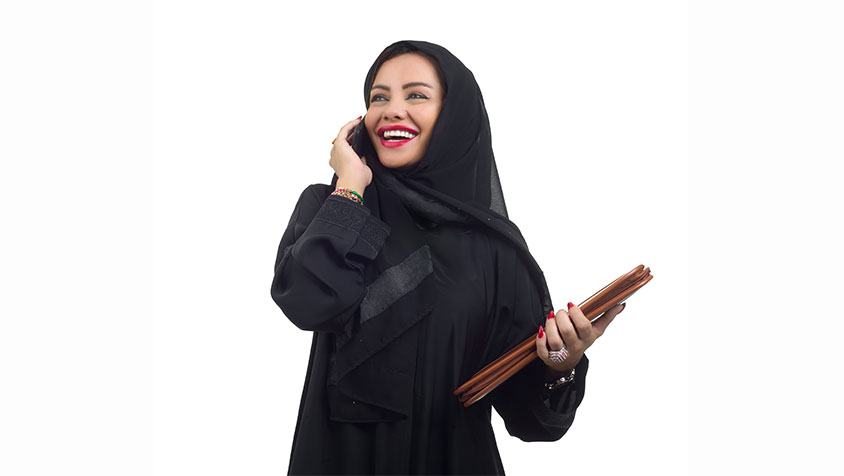 In this week’s guest blog, Hana’a Al Syead, Head of Diversity, Olayan Financing Company, talks about the business case for the career progression of women in Saudi Arabia.

This blog is part of a series for International Women’s Day on the World Economic Forum website.The Source blog is here.

Close your eyes, project yourself into the future and imagine having a conversation with your children or grandchildren to tell them what have you done today that contributed to their present. These were the words of advice from Indra Nooyi, the Chief Executive Officer of Pepsico, at Davos six years ago, and they resonated with me, making me consciously look for that one crucial component that will make a difference in the future.

I did have a meaningful conversation, but with my three-year-old self, who insisted on going to school at this young age. I graduated from high school at 16 and entered the job market, a little over two decades ago, at 21 with a post-graduate degree. I did not realize at the time that I was taking a part in women’s employment history in Saudi Arabia and I now have the opportunity to take part in shaping its future.

According to the Saudi Ministry of Labour, the number of women in employment quadrupled from nearly 48,000 in 2009 to over 200,000 in 2012. Despite the leap, Saudi’s national employment rate today is 85% for men and 15% for women, while women constitute 60% of the 12% national unemployment rate. There is no short supply of potential women power in the Saudi labour market. Women account for at least 80% of the entries on Hafez, the Saudi employment database of people who want to work. According to the chief executive of Olayan Financing Company, Lubna S. Olayan, Saudi women have great potential, which is why the company chooses to attract them. “We recognized the opportunity in tapping into an idle talent pool which comprises of 50% of our society. It makes economic sense for the society to earn income and spend it in the country,” she said.

It has been our experience, and that of other organizations, that Saudi women have consistently proven their professional worth despite a culture that limits their roles and career advancement; irrespective of financial needs. These traditions are deeply embedded in our social and economic infrastructure, and have resulted in decades of negligible involvement of women in the workforce; particularly in sectors other than education and healthcare.

Attracting the talent is no longer as big an issue as it is to sustain and empower women throughout their careers, which will continue to depend on the transformation of society’s mind-set – and that of the women themselves. Over time, a critical mass will be achieved and women will get a fair chance as well as a range of employment options. This matter has been given a lot of emphasis by the government with its visible appointment of women in the Shura Council and the efforts of several government entities including the Ministry of Labour.

Due to the inherent volatility of this labour market, most organizations in Saudi Arabia will undergo a relatively high turnover rate among their women employees for many reasons, some of which continue to be of a social and cultural nature. Equal pay and career advancement, however, should not be among these reasons. At my company, Olayan, equal pay has been in place since the organization publically opened its doors to women employees, in Saudi Arabia, 13 years ago. Moreover, as organizations align their efforts to narrow the pay gap, systems need to be put in place to make room for women to progress in their careers while maintaining equal pay in the process. This is a crucial matter that can easily be overlooked.

Believing in the need to engage women across the organization, Lubna S. Olayan started the Olayan Financing Company Women Network (OWN) in September 2011 in Saudi Arabia. Due to the importance and size of the task at hand, the role of OWN evolved and led to establishing a new role, Head of Diversity and Chairperson of OWN steering committee, in January 2013. Our approach to gender parity stands on four pillars – employ, empower, engage and evolve – and has four levels of balanced integration of people, processes, partnerships and performance; all under one roof that measures and tracks achievements. We simply refer to it as “The House of Diversity”.

We know change is coming and we are playing an integral part in making it happen for what we believe is in the best interest of the future of young Saudi women and men. We will continue to tackle the numbers by employing women in non-traditional posts and foster their career advancement. We will set targets, monitor results and engage internally as well as externally to address grassroots challenges. We will also raise awareness on critical subjects such as affordable transport and childcare, and put in place support systems and communities. We aim to provide not only income but also a better way of life for women and for society at large.

We have achieved a lot already, but there is much more to be done. We appreciate that we are joined by other organizations and government entities on a journey that will determine the future of our society and our country. Today, many Saudi women are able to assume non-traditional roles and take charge of their finances. Gradually, we will improve on women’s roles at board as well as ministerial levels.

We are each crafting our own story, as individuals, organizations and even as a country. In Saudi Arabia, we are now prepared to have a conversation with our children and grandchildren and tell them this story: the story of the role we played today to pave the way for their future.